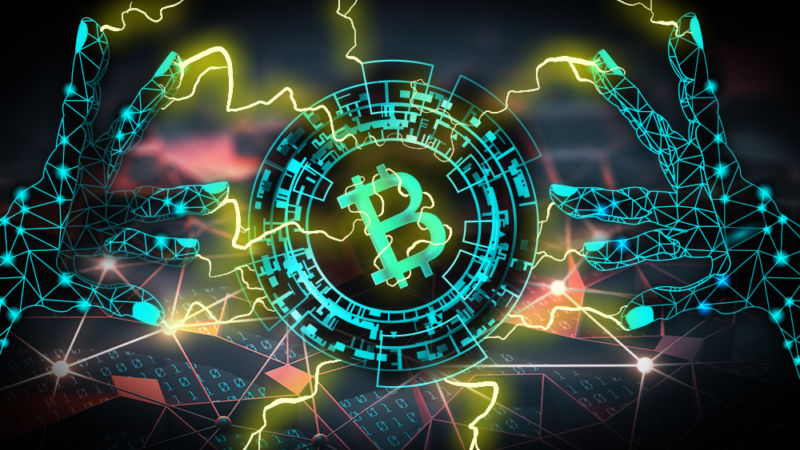 Cyprian Francis
Crypto
February 4, 2018 0
Wondering what’s curbing the bitcoin short? If only it were easy to do — and a lot less expensive.

Bitcoin’s wild price swings have investors wondering how to short the digital currency, as there would be a lot of money to be made in the latest craze in investing.

Investors are stuck with betting against Bitcoin through three avenues: futures recently launched on two Chicago exchanges, the exchange-traded fund of a trust, and the stocks of companies such as Overstock.com that have surged after announcing some connection. None of these methods is particularly satisfactory, says Dusaniwsky.

In December two futures exchanges, the Chicago Board of Options and the Chicago Mercantile Exchange, launched Bitcoin futures, developments viewed as the first steps toward large-scale institutional trading — and shorting. But the CME charged an initial margin of 47 percent of the futures’ value owing to the volatile nature of Bitcoin prices, according to Bloomberg, making them an expensive proposition. Meanwhile, trading has been sluggish in both contracts, as a number of financial institutions aren’t allowing clients to invest in Bitcoin futures, whether long or short.

Concerned about the risks of crypto investing for its clients, Bank of America Corp.’s brokerage unit won’t allow its clients or advisers who trade for them to buy (or sell) Bitcoin, including futures, according to a spokesperson. Bank of America Merrill Lynch also has forbidden clients from trading Grayscale Investments’ Bitcoin Investment Trust, which before the futures were launched was the only direct way to short, Dusaniwsky says. The ETF, which buys and stores Bitcoin, is tied to the cryptocurency’s market price. Bitcoin Investment Trust’s stock price was up 1,557 percent last year and has tracked Bitcoin’s price decline in 2018, losing about 16 percent this year through January 25.

“As a short, it’s limited because there is a limited supply of availability and it’s getting much more expensive to short,” he explains. The interest rates on the borrowed shares are exorbitant, too: “It’s costing between 19 percent and 23 percent to short it,” Dusaniwsky notes. As a result, short interest has been relatively flat in the ETF. “The tail is wagging the dog on this one,” he says.

Would-be short-sellers have been waiting for the Securities and Exchange Commission to approve new ETFs that would buy futures, says Dusaniwsky, adding that that would be a far easier method of shorting Bitcoin for all investors. But that’s not looking good either.

In December the New York Stock Exchange filed to list ProShares Bitcoin ETF and ProShares Short Bitcoin ETF, two exchange-traded funds that would buy and sell Bitcoin futures, among several others being proposed. But the SEC quickly threw cold water on all the crypto ETFs. “We do not believe that it is appropriate for fund sponsors to initiate registration of funds that intend to invest substantially in cryptocurrency and related products, and we have asked sponsors that have registration statements filed for such products to withdraw them,” the SEC said in a January 18 letter to the Investment Company Institute.

Late last year, SEC chair Jay Clayton raised concerns about cryptocurrencies, saying, “There is substantially less investor protection than in our traditional securities markets, with correspondingly greater opportunities for fraud and manipulation.” Since that time regulators in China and India, two big cryptocurrency trading locales, have also said that they plan to rein in the new asset, contributing to Bitcoin’s 20 percent price decline this year through January 25. Short-sellers, alas, probably didn’t profit on that dip.

Post Views: 1,349
Type to search or hit ESC to close
See all results