The company reported earnings per share of $0.12 and total revenue of $235 million, above Wall Street expectations of $0.01 and $232 million.

The higher revenue was due in part to the acquisition of new accounts by smaller businesses.

In analyzing Yelp’s market cycles, we can see that it just began the rising phase of a new cycle.

We previously saw the stock create a double top, suggesting lower prices. However, YELP now appears to have repaired itself.

As it is still early in this new cycle, we believe it will likely move even higher, potentially to new highs for the year. 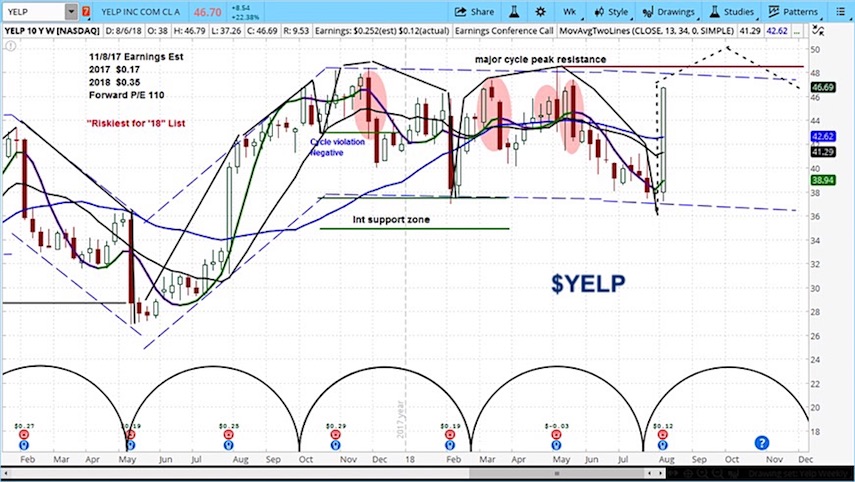 Post Views: 1,058
Type to search or hit ESC to close
See all results