Unemployment among black workers is at its lowest since at least the early 1970s, when the government began tracking the data.

The black unemployment rate of 6.8 percent in December was the lowest since the Bureau of Labor Statistics started tracking it in 1972, a year in which the rate ranged from 11.2 percent to 9.4 percent. In the 45 years the data has been tracked, the unemployment rate for black or African-American workers aged 16 years and older has never fallen below 7 percent. 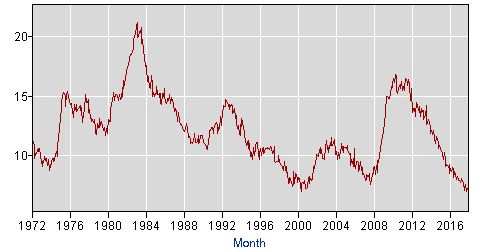 Overall, non-farm payrolls rose 148,000 in December, falling short of the 190,000 expected, according to data released Friday. The national unemployment rate was 4.1 percent. There was an unexpected loss of 20,000 retail jobs during the holiday season.

Post Views: 2,475
Type to search or hit ESC to close
See all results