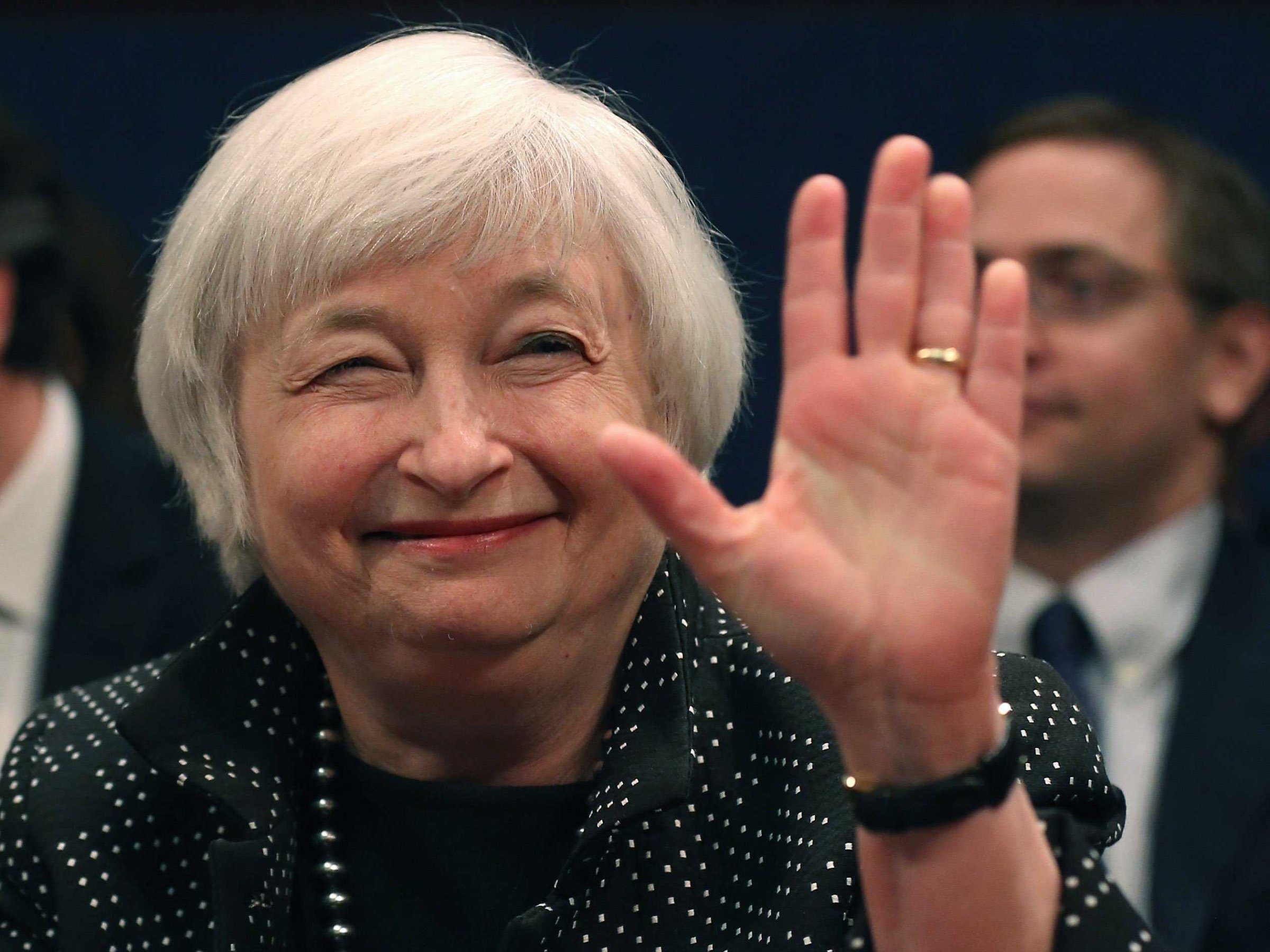 The Federal Reserve on Wednesday lifted a key U.S. interest rate, but the central bank also struck a wait-and-see stance in light of persistently low inflation and a pending change in leadership.

The central bank as widely expected raised its benchmark federal funds rate by a quarter percentage point to between 1.25% and 1.5% — the fourth increase in a year. Yet the central bank made no change to its forecast for inflation and interest rates in 2018, hewing to earlier plans for three rate hikes in 2018.

The aim is to raise the cost of borrowing for consumers and businesses to ensure the economy doesn’t overheat and spark a bout of inflation, but to do so in a gradual way that minimizes any hiccups.

The central bank can afford to cling to a go-slow strategy because of surprisingly low inflation. Price pressures have remained soft despite the tightest labor market in almost two decades, a surging economy and mounting evidence that growth could accelerate in 2018.

“The surprise is that, despite that stronger economic growth, the inflation and interest rate projections were left almost completely unchanged,” said Paul Ashworth, chief U.S. economist at Capital Economics.

The Fed itself raised its estimate of U.S. gross domestic product next year to 2.5% from 2.1%, reflecting the view that pending tax cuts by a Republican Congress will give the economy another shot in the arm.

“Most of my colleagues factored in the prospect of fiscal stimulus into their projections,” Federal Reserve Chairwoman Janet Yellen said in a press conference after a two-day meeting. She did repeat her worries about the potential long-run danger of even larger U.S. deficits, however.

The Fed is also keeping a close eye on easy financial conditions that they worry could lead to a bubble. Stocks keep hitting record highs, for instance, and interest rates remain quite low despite the five Fed rate hikes since late 2015.

Yellen noted that stock prices are high by historical levels, but she didn’t see anything “flashing red.”

“Economists are not great at knowing what appropriate valuations are. We don’t have a terrific record,” she said. “And the fact that those valuations are high doesn’t mean that they are necessarily overvalued.”

High inflation is less of a worry. Although a majority of officials think inflation will move up in 2018, they still see it ending the year just under 2%. That’s a remarkably low level with unemployment likely to dip below 4% next year. The Fed predicts unemployment will average about 3.9% in the next two years, compared to the current rate of 4.1%.

The low rate of inflation induced a pair of senior officials, Minneapolis Fed President Neel Kashkari and Chicago Fed President Charles Evans, to dissent in a 7-2 vote. They preferred to leave rates unchanged.

Yellen said she expects the Fed to maintain a cautious strategy under his successor, Fed Governor Jerome Powell, who will take over the helm of the central bank from Yellen in early February.

“I think there is strong consensus in the committee for the gradual approach that we have been pursuing,” said Yellen, noting that Powell has not dissented during her leadership.

Many economists said there needs to be more evidence of price pressures to cajole the Fed to raise rates more aggressively in 2018.

There are some doubts on the Fed that rates can keep going up. Six of the 16 Fed officials don’t think the central bank will be able to raise rates three times next year, according to the Fed’s so-called dot plot.

Post Views: 1,242
Type to search or hit ESC to close
See all results