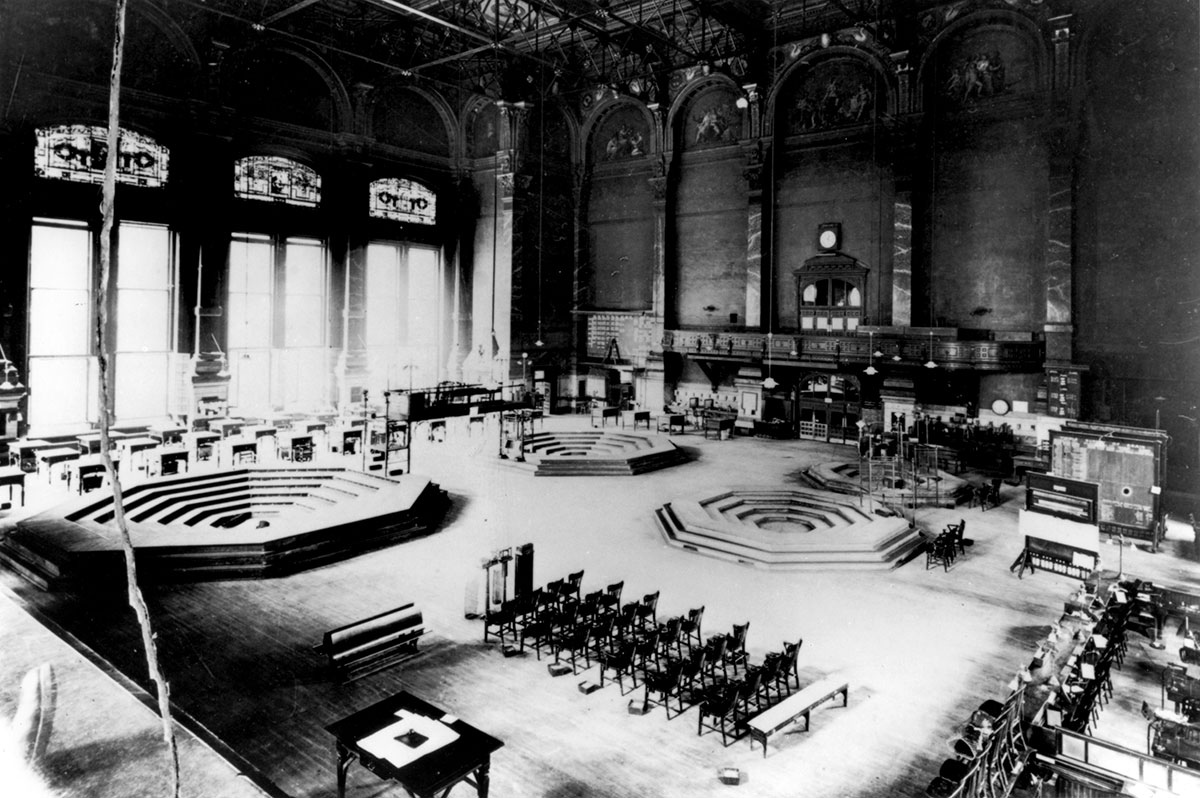 In the 1840s, Chicago had become a commercial center with railroad and telegraph lines connecting it with the East. Around this same time, the McCormick reaper was invented which eventually lead to higher wheat production. Midwest farmers came to Chicago to sell their wheat to dealers who, in turn, shipped it all over the country.

He brought his wheat to Chicago hoping to sell it at a good price. The city had few storage facilities and no established procedures either for weighing the grain or for grading it. In short, the farmer was often at the mercy of the dealer.

1848 saw the opening of a central place where farmers and dealers could meet to deal in “spot” grain – that is, to exchange cash for immediate delivery of wheat.

The futures contract, as we know it today, evolved as farmers (sellers) and dealers (buyers) began to commit to future exchanges of grain for cash. For instance, the farmer would agree with the dealer on a price to deliver to him 5,000 bushels of wheat at the end of June. The bargain suited both parties. The farmer knew how much he would be paid for his wheat, and the dealer knew his costs in advance. The two parties may have exchanged a written contract to this effect and even a small amount of money representing a “guarantee.”

Such contracts became common and were even used as collateral for bank loans. They also began to change hands before the delivery date. If the dealer decided he didn’t want the wheat, he would sell the contract to someone who did. Or, the farmer who didn’t want to deliver his wheat might pass his obligation on to another farmer The price would go up and down depending on what was happening in the wheat market. If bad weather had come, the people who had contracted to sell wheat would hold more valuable contracts because the supply would be lower; if the harvest were bigger than expected, the seller’s contract would become less valuable. It wasn’t long before people who had no intention of ever buying or selling wheat began trading the contracts. They were speculators, hoping to buy low and sell high or sell high and buy low.

Post Views: 2,483
Type to search or hit ESC to close
See all results