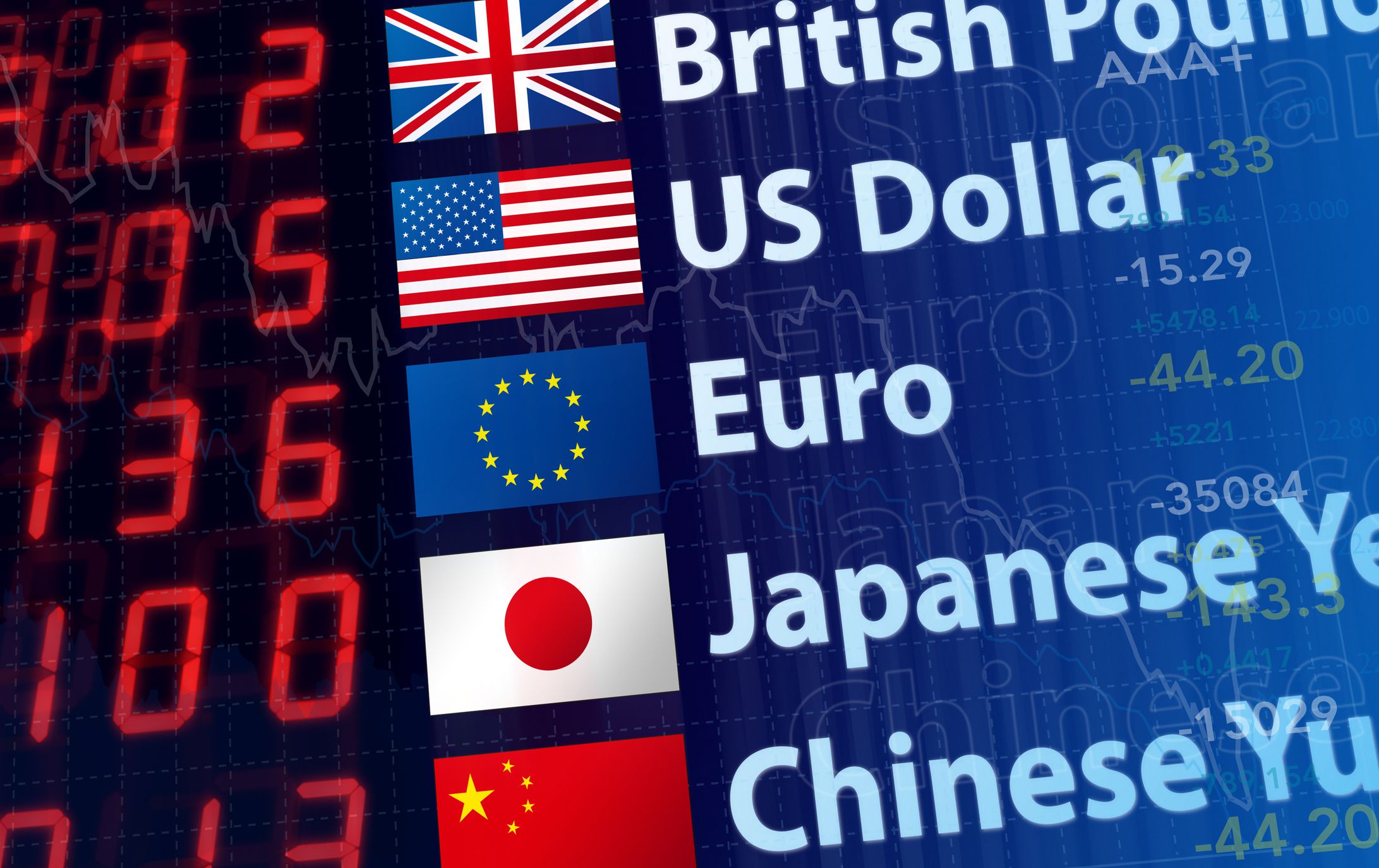 The World’s Most Popular Forex Pairs

Forex may have died down the last few years, with all the new regulations, and what not. But that doesn’t mean you still can’t make money in the market. And, here are the 23 pairs, we believe, you should be trading.

The European Union and the United States are among the largest global economic influencers. The U.S. dollar is the most widely held and heavily traded currency in the world, and the euro is second. They are the most actively traded currency pair in the Forex market. Since the inception of the euro in 1999, the pair has faced dramatic volatility.

The British pound and the U.S. dollar make up one of the most liquid pairs in the Forex market. Due to this liquidity, bid-ask spreads are often tight, but it remains an excellent choice for currency traders. The most important influence on this pair is the countries’ economic strength. If the U.S. economy is performing better than the United Kingdom, the dollar generally strengthens against the pound, and vice versa. This relative strength often is also reflected in domestic interest rates, so it’s important that traders carefully examine the relationship between U.K. and U.S. interest rates.

Because of the Australian dollar’s relatively high interest rates and correlation to global equity markets, it is often considered a risk currency. The GBP depreciated in 2008 in relation to the AUD, but began making a marked rebound in 2013 after China’s decline in growth and a global slowdown that negatively impacted Australia’s mining sectors.

A pair widely followed by both scalpers and Forex day traders, the British Pound (GBP) and the Japanese Yen (JPY) are popular because of their liquidity. Additionally, day traders enjoy taking advantage of the wide, volatile swings the pair typically makes from day to day. In addition, technical analysis techniques such as support and resistance trading tends to work well as a result of the volume of Forex transactions using this pair. Short term traders closely follow the technical patterns this pair carves regularly thanks to its volatility and liquidity. Medium and long-term traders also look at the GBP for trades within other time frames. As the JPY historically is low-yielding, it is often used as the funding currency behind a trade.

The British pound sterling and the Canadian dollar is one of the most heavily traded pairs in the world. The CAD is typically seen as a “commodity currency,” thanks to Canada’s reliance on energy exports for economic growth.

The Japanese Yen (JPY) is one of the most frequently traded currencies in the world, and is used frequently for carry trades due to its low interest rate. Also nicknamed the “gopher,” the USD and JPY pair is one of the most traded in the word. These currency values are affected by rates between the Federal Reserve and Bank of Japan.

The Great British pound and the New Zealand dollar, commonly called the “kiwi,” hold a close relationship. Because of their historically close ties, the NZD to GBP rate of exchange has always been closely watched. Alone, NZD is one of the 10 most-traded currencies and GBP is in the top four. In June of 2008, New Zealand’s Reserve Bank sold an unknown amount of dollars for nine billion USD in an attempt to drive down prices. This was the first intervention of the Reserve Bank in nearly three decades.

The euro to Canadian dollar pairing often has a slightly higher true range than other major currency pairings, offering new trading opportunities for both swing trades and intraday traders. Canada’s dollar tends to be sensitive to fluctuations in crude oil prices, as oil is one of Canada’s largest exports.

The Euro to the Japanese yen is another pair popular for carry traders. Because of the Yen’s historical low-yield, it is an attractive option for traders to borrow yen cheaply to buy high-yield currencies such as the euro. In times of global optimism, investors tend to look toward carry trades. In times of market stress, they tend to shun them. Meaning, the EUR/JPY is sensitive to swings in market sentiment.

In recent years, the Australian dollar or “Aussie” has become a favored currency for traders. At one point, the AUD was brought to all-time highs against the USD thanks to a multi-decade boom of commodities, attracting traders to long positions in the AUD/USD and simultaneously benefiting from a massive bull run in the AUD/USD. Lately, bear markets in many commodities and economic changes in China keep traders guessing the the future of the AUD/USD pair.

Because of Australia’s ties to China and the commodities it produces, and the Canadian dollar’s reliance on commodities, the pair has historically kept a close relationship, including precious metals. The CAD is also influenced by crude oil prices. Both the AUD and the CAD can be sensitive to broader trends in commodity prices.

The United States dollar and the Canadian dollar is a popular due to cross-border activity. Often named the “loonie” thanks to the $1 coin depicting a bird called the loon, the CAD is heavily influenced by commodities thanks to its large reserve of natural resources, especially natural oil that is often imported to the United States.

The AUD and JPY pairing is often highly correlated to price action with U.S. equities for short to medium traders. This exciting currency pair tends bullish in a low-risk environment with carry flows, but bearish if there is a higher risk being seen in the market.

The British pound and the Swiss franc pairing has lower volatility due to the franc’s status as a safe-haven currency. The British pound is considered one of the world’s premier reserve currencies and paired with the Swiss franc, known for its history as a refuge for wealthy foreigners, the two generally avoid major unpredictable market volatility.

One of the most-traded currencies in the word, the NZD gained widespread appeal during a multi-decade commodity boom. It led to such significant appreciation that in 2012, New Zealand’s Reserve Bank intervened in an attempt to devalue the New Zealand dollar.

If a trader is wary of trading the United States dollar, the Canadian dollar and Japanese yen pairing is often a substitute. The CAD is significantly affected by natural oil prices because of Canada’s substantial energy exports. The CAD/JPY pairing is typically more sensitive to market-wide sentiment changes than the USD/JPY pairing.

The Australian dollar and New Zealand dollar tend to similarly trade because of the heightened rollover rates and their close geographic locations. A significant portion of the Australian dollar comes from commodity exports, such as metals and energy products. New Zealand is known for producing tactiles such as wool and agricultural goods such as meat and milk. Therefore, both currencies are significantly impacted by changes in the local economies, and by commodities exports.

The euro and pound pairing is markedly less volatile than other currencies paired with the pound or euro. The interdependence and economic proximity of the two currencies are key factors. The EUR/GBP pair tends to be sensitive to any monetary policy changes put in place between the European Central Bank and the Bank of England.

The Swiss franc is the last franc still issued in Europe; CHF is short for Confoederatio Helvetica franc. This currency represents Switzerland and its neutral national economy. Switzerland’s privacy in relation to banking operations has long made it a popular investment vehicle for wealthy foreigners and brought considerable strength to the Swiss franc. The USD/CHF pairing is also known as the “Swissie” by traders.

Switzerland is a major haven for banking funds, which is now being called into question as they strengthen their financial regulations. The euro is one of the most popularly traded currencies in all of Forex.

Because of the Yen’s status as a historically low-yielding currency, it is often used as the funding currency behind a trade. This is particularly true for carry trades, and traders frequently borrow JPY cheaply to buy high-yield currencies such as the NZD. The NZD/JPY pairing is sensitive to swings in broad market-sentiment based trends, and also responsive to economic news that could shape monetary policy.

Both the New Zealand dollar and the Canadian dollar are categorized as commodity currencies. That’s because the Canadian dollar is associated with significant oil and lumber exports, particularly to the United States. New Zealand is known for agricultural exports including wool, dairy and meat products, which they often export to China and Australia.