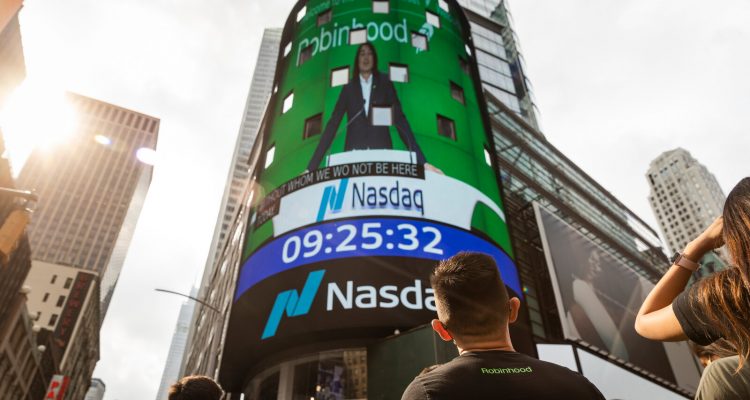 Robinhood shares closed out their first day of trading on the Nasdaq down over 8 percent, CNBC reported. This comes after the company priced at the bottom end of its initial public offering (IPO) range.

The brokerage began trading at $38 per share, which was near the lower end of its range. The company was thus valued at $32 billion, according to CNBC.

But after falling up to 10 percent, shares of Robinhood ended the trading day at $34.82, and the company’s market capitalization sat at around $29 billion, CNBC reported.

Robinhood was established in 2013, and its approach to free trading made the brokerage industry get rid of commissions on retail trading, CNBC reported. That led to swathes of new traders able to access the stock market.

With the pandemic, more younger users had the opportunity to experiment with stocks. This rose to a fever pitch early in 2021, as a spate of day traders rallied around meme stocks.

Robinhood reserved 20 percent to 35 percent of its IPO shares for its own clients. It had 21.3 million monthly active users by the conclusion of June, in contrast to 11.7 million at December’s conclusion.

Post Views: 938
Type to search or hit ESC to close
See all results