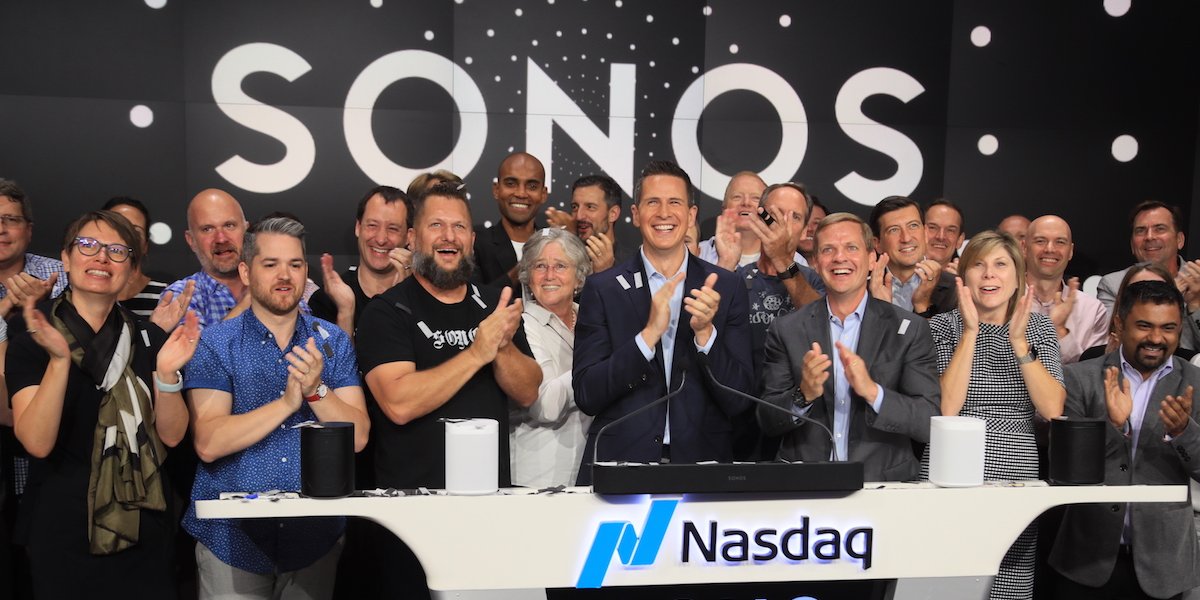 After a quiet IPO, Sonos stock value cranked up more than 38% yesterday

Sleek smart speaker maker Sonos debuted on the Nasdaq yesterday in an IPO that raised $208m. They also hired a team of Emmy and Oscar-winning sound engineers to design a new opening bell for the Nasdaq.

But, an over-engineered ding-dong won’t save them now. Sonos’ value increased to more than $2B over intraday trading (still short of the $2.5B to $3B forecast in April), and they still have a long road ahead in a saturated smart-speaker market.

Cranking up the volume after a quiet start

But despite the slow start, its first day of trading was music to investors’ ears — the company’s stock rose more than 38% over the course of the day, boosting the company’s value as high as $2.04B.

Consumer tech is a bump, but smart devices are a mountain

Popular consumer tech products have historically struggled to retain value after their IPO (GoPro lost 75% of its IPO value and FitBit lost 70%), so Sonos’ first challenge will be simple: Don’t nosedive.

But, even if Sonos retains its IPO value in the short term, the company’s bigger challenge will be continuing to differentiate itself from the massive tech companies (Google, Apple, Amazon) that are all also racing to dominate the smart speaker market.

Post Views: 1,401
Type to search or hit ESC to close
See all results