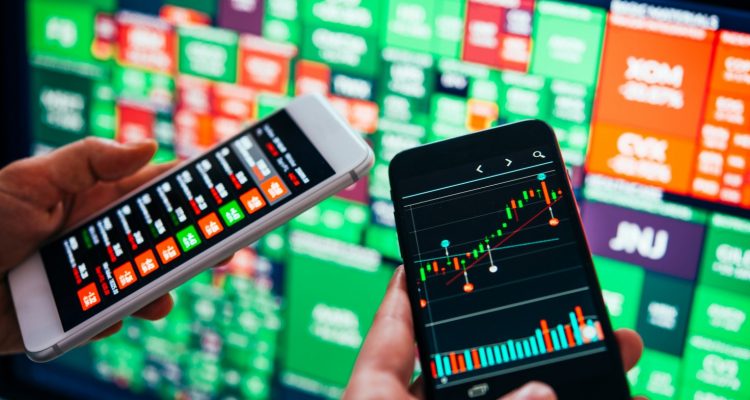 Nike, FedEx, AMD, Lennar, and Other Stocks for Investors to Watch This Week

The earnings calendar is sparse this week. The few major companies reporting include home-builder Lennar on Tuesday and business-services firm Cintas on Wednesday. Thursday will be more interesting as Nike, FedEx, and Dollar General report. Advanced Micro Devices will also host an event on Monday to unveil new chips.

The economic calendar this week will be more eventful. The Federal Reserve’s monetary policy committee’s March meeting concludes on Wednesday, with its latest decision and a press conference from chairman Jerome Powell coming that afternoon. The Bank of Japan will announce its latest policy move on Friday.

Advanced Micro Devices hosts a conference call in conjunction with the launch of its third-generation EPYC processors. Senior management, including CEO Lisa Su, will give presentations on the new chips. AMD shares doubled last year, making them the 10th best performers in the S&P 500.

The Federal Reserve Bank of New York releases its Empire State Manufacturing Survey for March. The consensus estimate is for a 16.5 reading, versus February’s 12.1. The index has had eight consecutive months of positive readings, indicating improving conditions in the region’s manufacturing sector.

The National Association of Home Builders releases its NAHB/Wells Fargo Housing Market index for March. Economists forecast an 84 reading, even with February’s. The index is off its all-time high of 90, set last November, but home builders remain bullish on the housing market.

The Census Bureau reports retail-sales data for February. Expectations are for a 0.7% month-over-month decline, after a 5.3% jump in January. Excluding autos, spending is seen edging down 0.1%, compared with a 5.9% increase previously.

The Federal Open Market Committee announces its monetary-policy decision. The Federal Reserve has stressed that it will keep interest rates near zero through 2023, but might tweak its bond-buying program.

Cintas and Five Below report earnings.

The Census Bureau reports residential construction data for February. The consensus call is for a seasonally adjusted annual rate of 1.57 million housing starts, in line with the January figure. Housing starts remain just off their post-financial-crisis peak.

The Conference Board releases its Leading Economic index for February. Economists forecast a 0.4% monthly rise. The LEI has increased every month since last April, though the rate of growth has slowed since the third quarter of last year.

The Department of Labor reports jobless claims for the week ended on March 13. This past week’s total of 712,000 claims was the second lowest since the beginning of the Covid-19 pandemic.

The Bank of Japan announces its monetary-policy decision after a two-day meeting. The central bank is widely expected to keep its key short-term interest rate unchanged, at a negative 0.1%. The BOJ also will review its policy tools during the meeting.

Post Views: 1,249
Type to search or hit ESC to close
See all results