Starbucks Corporation (SBUX) traded -8% lower on Wednesday morning, after announcing that it would close 150 US coffee shops in the 2019 fiscal year.

That is triples the average number of shops that Starbucks closed in recent years, which may be due in part to slowing sales.

As well, an oversupply of cafes may be factoring in, as there are over 14,000 Starbucks cafes in the US. With supply having increased by 16% over the last 3 years, the announcement may have highlighted the oversupply problem.

In analyzing the market cycles on the SBUX weekly chart, we can see that it is at the tail end of the declining phase of its current cycle. During the last two weeks, the stock has broken through two Valid Trend Lines (VTL).

SBUX now appears to be headed for the cycle low support zone at $52.30 – $53.50, as the current cycle concludes. The stock has made lower highs for the past two cycles.

As such, while we expect the stock to bounce after the next cycle begins, we think the bounce to be short-lived. 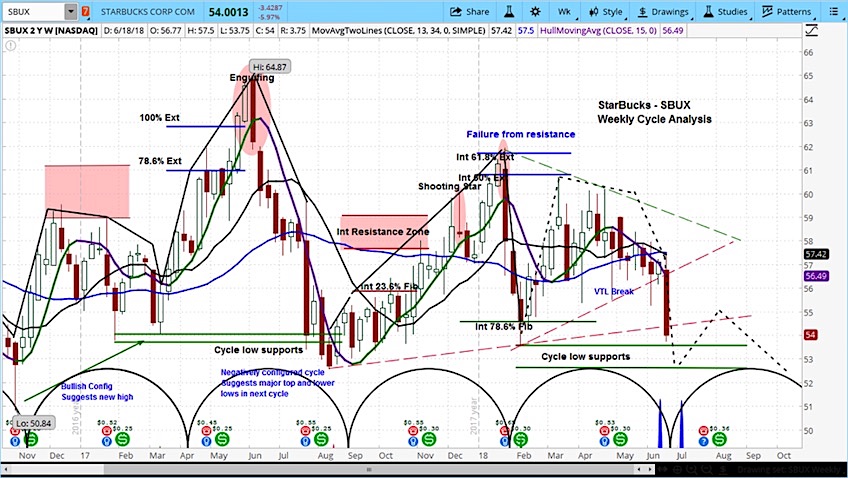 (By See It Market)