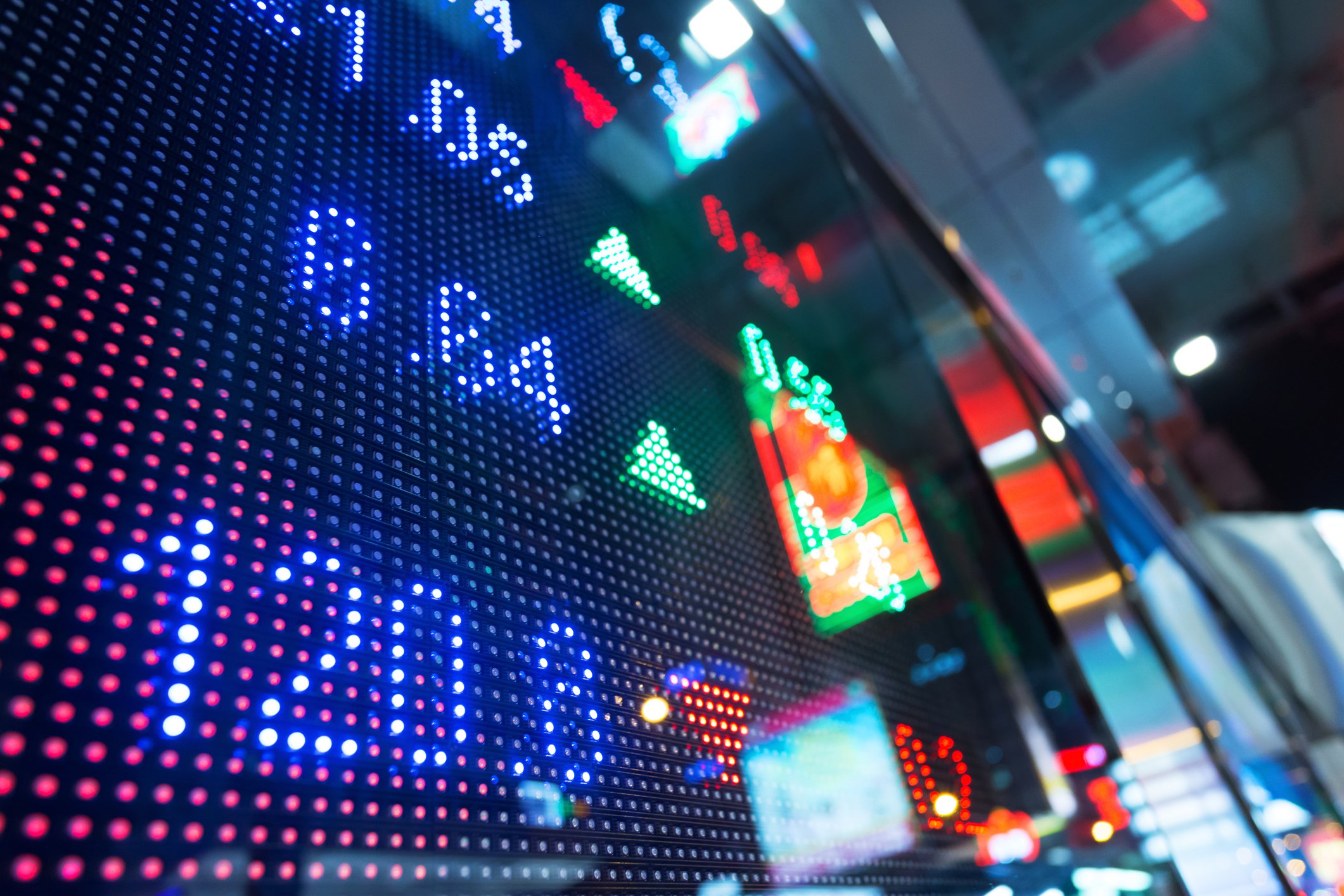 Stocks Expected To Rise In 2018

The S&P 500 gained nearly 20% in 2017 and is expected to continue rising in 2018. This expectation is driven by economic trends, earnings outlook and improving expectations. Expectations for expansion in activity, earnings and forward earnings guidance are a triple shot of positive catalysts to drive the market higher.

The US economy has been on track for an expansion of growth that has been held back by onerous tax laws and the burden of over regulation. President Donald Trump’s business friendly approach to government has unleashed a beast long chained by those burdens.

Earnings growth has been on tap for the past 6 quarters and is driven by two things; the rebound in oil prices and economic recovery. The rebound in oil prices from 2016 lows has fueled a recovery in profits for oil companies that is unparalleled in modern times. The sector has seen earnings growth in the triple digits throughout 2017 and is expected to see strong gains in 2018 as well.

Forward outlook calls for at least another 4 quarters of strong, double digit, earnings growth for the broad market S&P 500. Growth will be led by the Energy sector but it is not the only one expected to see robust increases in revenue and earnings. Materials, Financials and Information Technology are all expected to see triple digit increases with no sector expected to decline.

Below are some stocks that we think could make some moves.

Exxon Mobil – Exxon Mobil is the worlds largest integrated oil operator. It dominates the energy market from exploration and development through the pipeline to refining, distribution and sales. Analysts are predicting earnings will increase by more than 75% in 2018 fueling dividend increases and share buybacks. The company is currently paying $3.08 on a forward looking basis or roughly 3.70% at current share prices.

The stock was one of the worst performers in 2018 and qualifies as a “dog of the Dow”. If theory holds true the stock could see a stellar year as Dow following large cap investors seek to capture higher yield. While a decent method for picking higher yielding Dow Components it is not one of the best ways to find hot stocks.

Valero Energy Corp – Valero Energy Corp is a Texas based refiner and marketer with some insulation from volatile oil prices. As a down stream operator its margins are based largely on volume rather than pricing and are supported by a rising tide of economic growth. The company operates 15 refineries across the southern central and western US with nearly a million BPD of pipeline throughput. Over the past year it has been expanding operations in Texas and Mexico and is working on other expansion projects now. The stock yields a little over 3% at current prices, the company targets a payout ratio between 40% and 50%; with revenue and earnings on the rise that means distributions will too.

Kinder Morgan – Kinder Morgan is a natural gas pipeline giant trading at deep discount to its peers. The discount is due to long running issues within the company despite news a turnaround plan has been completed. Looking forward there are a number of catalysts for this including a $500 million buy back provision and an expectation the dividend will be increased. Analysts are expecting to see the distribution raised as much as 60% to $.80 from the current $0.50.

Cemex – Cemex is the worlds 2nd largest producer of building materials and the largest manufacturer of white concrete. It operates in more than 50 countries and is well positioned to benefit from global expansion. Revenue in 2017 is expected to have grown nearly 100% from the previous year and at the highest level since the Housing Bubble and Global Financial Crisis. This does not pay a dividend but big gains are expected as revenue and earnings expand. It jumped more than 5% in the first two days of the year and will likely continue moving higher in tandem with global economic recovery.

US Steel – US Steel is another materials company poised to benefit from the double catalyst of global expansion and US infrastructure spending. The company is the largest producer of steel in the US and comes with the backing of a President who wants things built with US steel. It is already on the move, in tandem with the global steel market, as futures prices lead the way. Futures for steel began gaining ground in mid December when signs of market tightening began to appear and extended those gains on Trump’s plans to tackle infrastructure in 2018. This pays a small dividend, about 0.5% at current market prices, and is not expected to increase.

Caterpillar – Caterpillar is a manufacturer of heavy equipment used by business and industry. The company is the most diversified of its peers with exposure to mining, construction, oil&gas, power, transportation and many others. It has shown a marked increase in revenue over the past 3 quarters and can be considered a leading indicator of the economy. Looking forward it is expected to continue growing revenue into 2018 although at slightly slower pace than the year before. That being said it blew past estimates at last report and raised forward guidance at the same time. The dividend is about 2% of current prices, about average for the S&P, and fairly safe in today’s environment.

FifthThird Bancorp – FifthThird Bancorp is a well established regional bank operating in the central eastern portion of the US, headquartered in Ohio. The company is showing growth organically and through expansion with two major catalysts for the stock in the coming year. The first is a planned increase to the dividend that will fuel buying into the 2nd quarter of 2018. The second is a buyback plan worth more than $1.161 billion. The two, combined with positive results and expanding US economics, is expected to drive shares higher in the near, short and long term. P/E is currently near 11 leaving quite a bit of room for it to move relative to its peers. US Bancorp, another of today’s top gaining stocks, trades closer to 16X forward earnings.

JP Morgan Chase – A number of the mega-cap multinational banks such as JP Morgan have received upgrades in the past month but it is our pick for best in breed. The company is expecting to see upwards of 10% net growth in bottom line earnings with plans for dividend increases and share buybacks to boot. Growth is driven by economic trend and will be underpinned by 3 catalysts in 2018; economic growth, FOMC interest rate hikes and performance. Targets for the stock are upwards of $120 by the end of the year, another 20% for new and current holders.

Overstock – Overstock.com is a web based sales portal linking overstocked inventory with price conscious shoppers and of the top stock picks of 2017. The company has enjoyed a healthy business and, in effort to facilitate growth, has fully embraced Bitcoin. The company announced mid 2017 it was going full-Bitcoin. This means it will accept payments/transactions in BTC and work to develop a community built around BTC based commerce. Shares of the stock jumped immediately on the news and have only been moving higher in the interim. The catalyst for gains is twofold. First, Overstock.com is a growth company and that growth will accelerate as Bitcoin facilitates commerce. Second, Bitcoin is itself a growth commodity. Overstock, as a recipient of BTC’s, is likely to see huge gains in the value of it holdings as the value of the cryptocurrency market grows.

General Electric – General Electric is by far the worse performing stock in the Dow for 2017 and our pick as the best of cheap stocks to buy now. That being said there is no guarantee short of miracle it will be able to effect a turnaround in 2018. However, for those with a slightly longer term outlook it is the perfect time to buy this once darling of the market. Shares are trading at 6 year lows with growing signs a bottom has formed. The dividend is paying $0.12 at last distribution, a 50% cut from the previous, but still about 2% at current prices.

Post Views: 1,144
Type to search or hit ESC to close
See all results