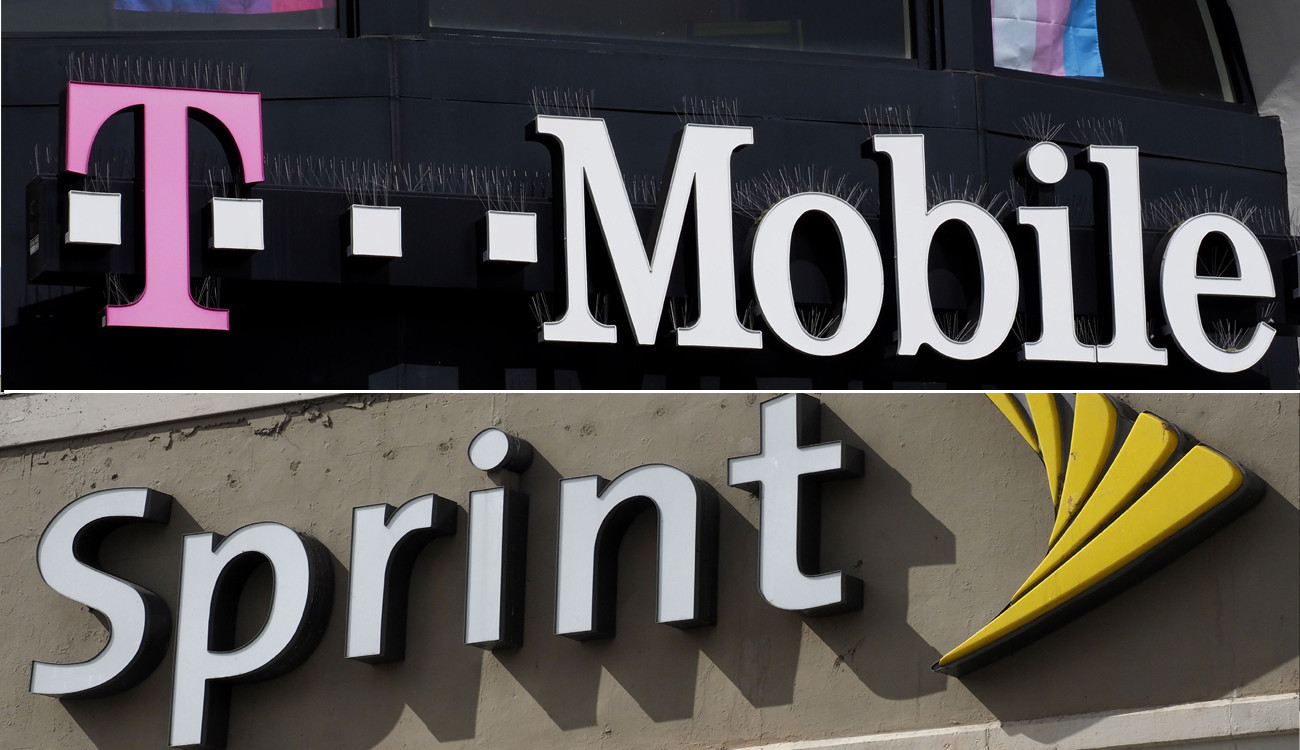 T-Mobile and Sprint announced an agreement Sunday to combine into a new company, a deal that would reshape the U.S. wireless landscape by reducing it to three major cellphone providers.

The new company, which would keep the T-Mobile name, would have nearly 100 million retail subscribers. That would give the combined businesses serious heft in a fight against Verizon and AT&T, the two industry leaders that control a majority of the U.S. wireless market.

Sprint and T-Mobile have tried repeatedly to merge, arguing that combining is the only way they can compete. Their previous two attempts, though, have failed: in 2014 because of opposition from regulators in President Barack Obama’s administration, and last year because of disagreements over control of the unified company.

The question this time is whether Washington regulators, even under a Trump administration that has sometimes looked more favorably on mergers, will allow one of the most transformative consolidation efforts in years to take place.

Critics worry that shrinking the U.S. wireless industry to just three providers would lead to higher prices for consumers, though the companies, in their announcement of the deal, argued that a merged company would “provide U.S. consumers and businesses with lower prices, better quality, unmatched value, and greater competition.”

But some analysts say the government’s argument for opposing such a merger in 2014 since has proved correct. Preventing consolidation paved the way for T-Mobile to launch its Uncarrier campaign to reshape the wireless industry, said Craig Moffett, a telecom analyst at the research firm MoffettNathanson. The result has been lower prices and more consumer-friendly business practices, such as the end of long-term customer contracts.

“The DOJ’s decision to block the transaction has been validated in every conceivable way,” Moffett said. “T-Mobile has not only survived — it has thrived. The market has become more competitive. Consumers have unambiguously benefited from the DOJ’s decision. That poses a problematic backdrop for this merger.”

Combined, though, the two wireless companies are bound to argue they’re better positioned to deploy the infrastructure necessary to power ultrafast 5G service around the country — a network for everything from smartphones to internet-enabled cars and other technologies. They already have pledged to invest $40 billion in their network in their first three years after merging.

“This combination will create a fierce competitor with the network scale to deliver more for consumers and businesses in the form of lower prices, more innovation, and a second-to-none network experience — and do it all so much faster than either company could on its own,” said John Legere, the chief executive of T-Mobile, in a statement. Under the newly announced merger, Legere would serve as leader of the combined company.

If they complete their deal as proposed, a combination of T-Mobile and Sprint could unseat AT&T as the country’s second-biggest wireless provider.

“Telecom is a scale business,” said Blair Levin, a policy adviser for the analysis firm New Street Research. “There are huge advantages of scale, and T-Mobile and Sprint have been carrying the cost of a network over a much smaller number of customers.”

The Communications Workers of America, a union for telecommunication workers, says the merger will cost at least 20,000 U.S. jobs.

The parent companies of each carrier — SoftBank of Japan, which controls Sprint, and Deutsche Telekom of Germany, which owns a majority of T-Mobile — managed to solve the issue of control in recent weeks.

Under the terms of the all-stock deal announced Sunday, Sprint will be valued at about $26.5 billion and T-Mobile at about $54.1 billion. Deutsche Telekom will own roughly 42 percent of the combined business. SoftBank will own 27 percent. Public shareholders would own the remainder.

The deal will have to be reviewed by the Justice Department and the Federal Communications Commission.

Post Views: 1,214
Type to search or hit ESC to close
See all results