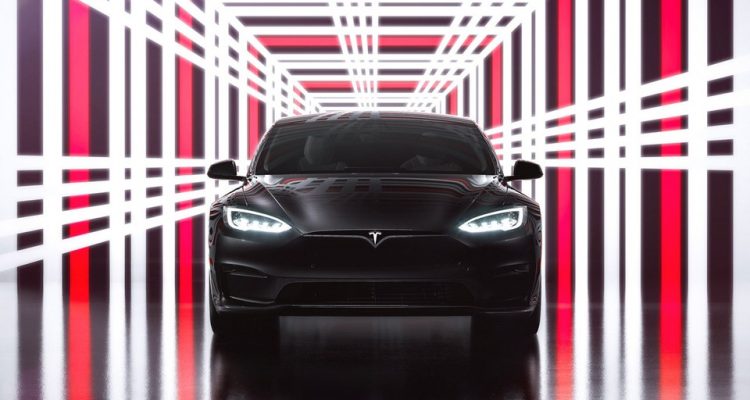 If you were wondering which junk-rated company would be the first to reach a trillion-dollar market capitalization, your wait is over. It’s Tesla Inc.

The automaker’s debt may still be considered speculative-grade, but its stock passed the $1 trillion mark on Monday, according to data compiled by Bloomberg. Tesla shares, which have been on a tear as consumers around the world shift to electric vehicles, touched a record high of $998.74 earlier, jumping 9.8% for the best intraday performance since March 9. That pushed the company’s market capitalization above $1 trillion based on about a billion shares outstanding as of Oct. 21.

The valuation milestone comes after S&P Global Ratings on Friday upgraded Tesla’s long-term rating to BB+ from BB. The ratings agency said it expects the company’s deliveries and earnings to remain strong over the next few quarters.

“S&P’s recent upgrade of Tesla has the auto manufacturer knocking on high grade’s door, and we expect the company to cross over to investment grade within the next 12 months, opening up the potential for further financial product offerings,” Levington said.

With the firm’s near-zero cost of equity capital, combined with co-founder and Chief Executive Officer Elon Musk’s ability to “exploit every market and human inefficiency,” there are seemingly few limits to what can be accomplished, according to Bill Zox, a high-yield bond portfolio manager at Brandywine Global Investment Management.

Musk’s personal fortune jumped by almost $29 billion to $281 billion after Hertz Global Holdings Inc. placed an order for 100,000 Teslas and filings showed a fresh tranche of options in his moonshot pay package vested.