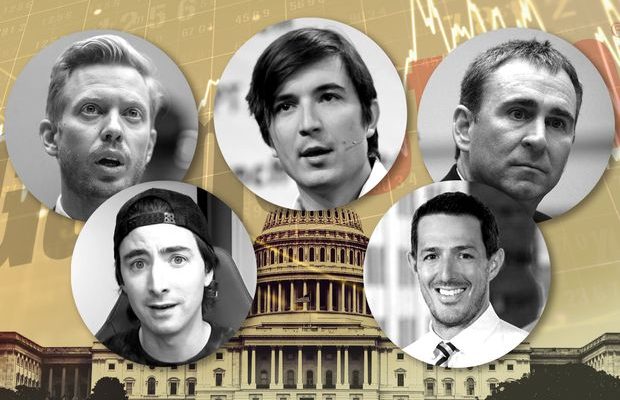 What the GameStop-Robinhood Congressional Circus Means for Wall Street

We’re going to keep this one short and sweet: The GameStop-Robinhood Congressional hearing is a load of BS.

Of course, as soon as we’re done covering the GameStop saga and are moving onto current issues like inflation and the pot stock crash, it’s back on the front page. And something isn’t sitting right.

On Thursday, Feb. 18, the GameStop-Robinhood Congressional circus began as it was revealed that Keith Gill, the man behind the social media movement on the short squeeze, is a licensed securities professional. Who would have thought?

In response, the House of Representatives Financial Services Committee is questioning all the major players in the story, determined to get to the bottom of it.

So who’s ready to meet the cast of this circus?

The main point here is the first player on our list. The ineptitude of this committee to find up from down means they aren’t getting to the bottom of anything and this whole thing is ridiculous.

That doesn’t mean there won’t be some regulatory fallout. So what’s going to happen?