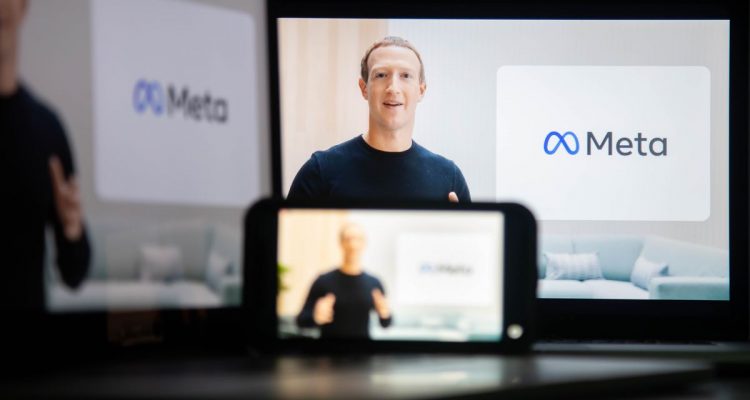 The company is spending so much on the initiative that it’s hard to dismiss the plan as just a way to avoid bad press about its Facebook social-media service, some of the analysts said.

“The breadth and depth of innovation done to date behind metaverse is truly mind-boggling, and we think Facebook has spent more than $30 billion on its Reality Labs initiative over the past eight years,” Rohit Kulkarni of MKM Partners said, referring to the company’s new metaverse business unit. “We don’t believe that a brand name change of one of the most recognized global brands would be contemplated in short order due to recent negative press.”

Kulkarni did call Mark Zuckerberg’s goal of building the next computing platform a “moonshot” and one that he estimated Facebook would spend $12 billion a year on for at least the next five years. This is double what Google is estimated to spend a year on its moonshot of self-driving cars, the analyst added.

Speaking of Google, Mark Mahaney of Evercore ISI said the Meta rebranding was different from Google’s 2015 Alphabet reorganization. That earlier move let Google founders Larry Page and Sergey Brin step back from the company to focus on riskier, earlier-stage investments, while Facebook’s pivot is “much more meaningful,” the analyst said.

“We don’t believe that Zuckerberg views his new Facebook Reality Labs division as a risky VC-type bet but rather as the future of this company and that ‘Facebook’ is no longer representative of his primary focus,” Mahaney wrote in a note to investors.

Zuckerberg is certainly not taking a step back — he’s leading Facebook’s next Meta chapter in a very hands-on way. Mahaney said that Zuckerberg was “likely to be the longest-lasting Founder/CEO in Big Tech” and that the success of the metaverse came down in large part to “how well Zuckerberg can execute.” Kulkarni said he expected him to stick around for another decade at least, if only to see the metaverse through.

In his presentation this week, the CEO was clear that it would take years for the company to make money from the metaverse. Mahaney sees “several monetization options,” including advertising, e-commerce, and app sales, he said. But tracking user adoption “will be far more important” to showing viability than predetermined business models, the analyst added.

“Facebook’s track record of innovation is impressive, and they are going in heavily on this single initiative, unlike Google, who took a VC approach to making many smaller bets,” Mahaney said.

Mark Shmulik of Bernstein said there seemed to be a metaverse option “for every use case — work, gaming, socializing, commerce — and interoperable across devices.”

The shift to Meta and major investment in a metaverse is simply “the next logical step of Facebook’s evolution from a place to share experiences to a place of shared experiences,” Shmulik wrote. It also gets the company ahead of a consumer shift, instead of chasing to catch up, as it had to with mobile a decade ago, the analyst said.

“Call it the metaverse if you want,” Shmulik said, “but a company built on connections also cannot afford to be disintermediated by a new technology.”

Thomas Champion of Piper Sandler said Facebook becoming Meta and refocusing “makes tremendous sense,” including the distance it put between “the controversy around social” and Zuckerberg and Reality Labs.

Having separate entities could also get the company ahead of any regulatory action, as Facebook continues to face intense scrutiny over its business practices, which was reignited this year by the whistleblower Frances Haugen.

“It may also make it possible to cleave the businesses in two if regulators impose this type of action,” Champion said.

As Seen On (Business Insider)

Post Views: 1,369
Type to search or hit ESC to close
See all results