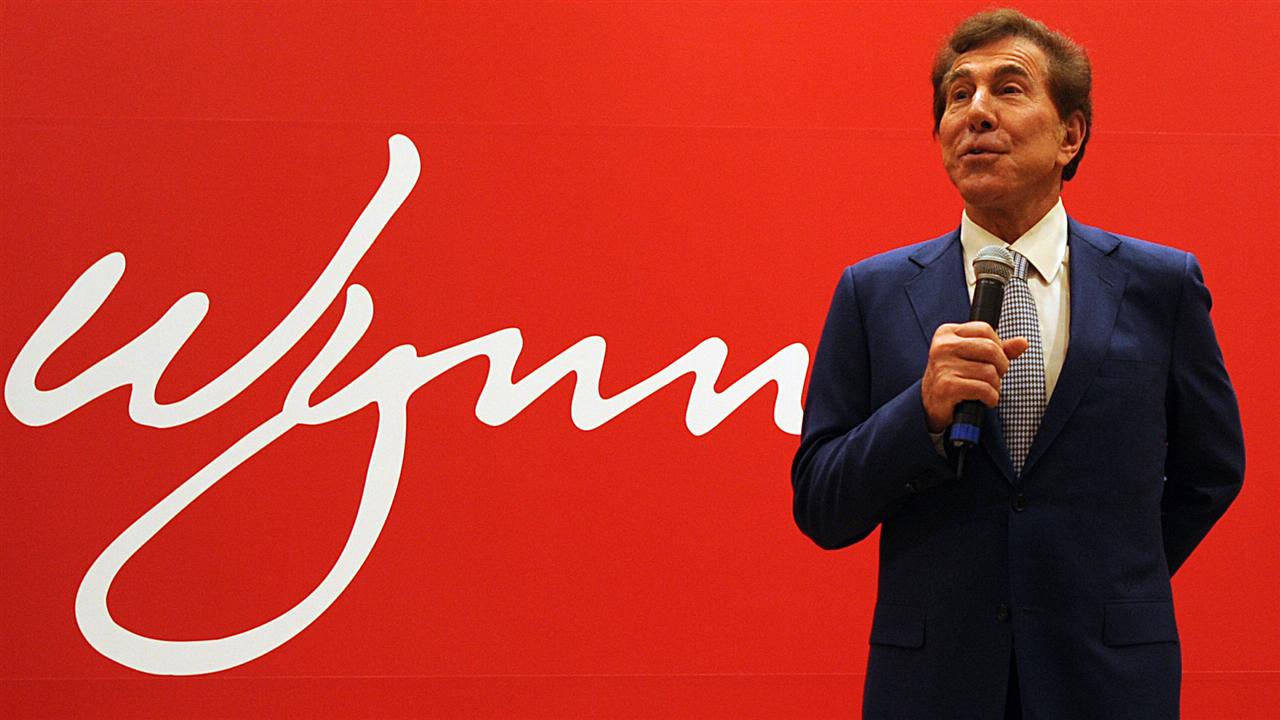 Wynn, also the finance chairman for the Republican National Committee, paid $7.5 million to settle claims brought by a former manicurist at his resort who said the executive pressured her to have sex with him, the Journal said. Wynn pressured massage therapists to perform sex acts for $1,000 tips, and others at the spa created fictitious appointments to avoid contact with him, said the newspaper, which contacted more than 150 people who worked with the casino magnate.

Wynn, who turns 76 on Saturday, denied the allegations. “The idea that I ever assaulted any woman is preposterous,” he told the Journal. His fortune is valued at about $3.7 billion, most of it in Wynn shares, according to the Bloomberg Billionaires Index.

The allegations jolted a company whose reputation is synonymous with that of its founder, who starred in TV commercials with the likes of Frank Sinatra to promote his properties.

Wynn Resorts fell as much as 8.2 percent to $184.13 in New York, the biggest drop since July 2017. The company didn’t immediately respond to a request for comment. Neither did the Republican National Committee, which urged the Democratic National Committee last year to return campaign donations from movie mogul Harvey Weinstein when he was accused of sexual assault.

“If the DNC truly stands up for women like they say they do, then returning Weinstein’s dirty money should be a no-brainer,” RNC Chairwoman Ronna McDaniel tweeted last year.

The legal settlement detailed by the Journal in Friday’s report has become a major focus of a lawsuit between Wynn and his ex-wife Elaine Wynn, who is seeking to gain control of her 9 percent stake in the casino giant. Steve Wynn has long sought to maintain his hold over the company because he lost his previous business, Mirage Resorts, to an unsolicited bid from mogul Kirk Kerkorian.

Wynn’s second-in-command and heir apparent at Wynn Resorts is Matt Maddox, a 16-year company veteran who rose from vice president of investor relations to president. Wynn is chairman of the board, whose lead director is former Nevada Governor Robert J. Miller. Maddox and Miller didn’t immediately respond to requests for comment.

While Wynn Resorts is based in Las Vegas, it generates more than 70 percent of its business in the Chinese gambling market of Macau. After reporting better-than-expected fourth-quarter earnings this week, the company said it plans to develop the next phase of the $4.2 billion Wynn Palace there on 11 acres (4.45 hectares).

The company also announced plans for a new 2,500-room property across Las Vegas Boulevard from its current towers on the site of the former Frontier casino and is constructing a new hotel, convention and lake resort behind its existing properties.