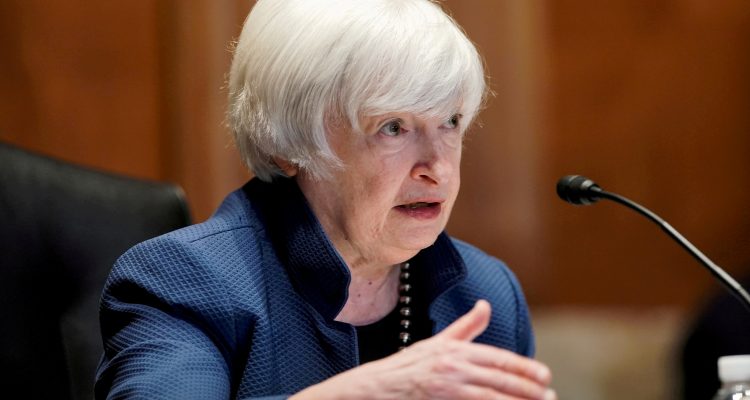 Yellen Warns Treasury Stands To Run Out Of Cash On October 18, Causing ‘Serious Harm’ To Business

Treasury Secretary Janet Yellen on Tuesday told House Speaker Nancy Pelosi (D-Calif.) the Treasury Department will exhaust its ability to pay the nation’s bills if Congress fails to raise or suspend the debt limit within three weeks, giving lawmakers an urgent time line to act on crucial funding measures as they reach a standstill over policy priorities.

In a letter to the House Speaker on Tuesday morning, Yellen said recent tax payments for businesses and individuals have made it clear the Treasury would be left with “very limited resources that would be depleted quickly” if lawmakers have not acted on the debt limit by October 18.

Yellen cautioned it is “uncertain” whether the Treasury will be able to meet the nation’s financial commitments after that date, though she noted the estimate could unexpectedly move backward or forward.

The time line’s uncertainty “underscores the critical importance” of not waiting to raise or suspend the debt limit, she added, cautioning lawmakers against reaching an impasse by noting that past disagreements have caused “serious harm to business and consumer confidence.”

Her comments echoed a message from the White House earlier this month, when officials warned of increased stock market volatility if the debt limit debate drags on and pointed out that the S&P 500 fell by 17% in the months during a prior debt limit standoff in 2011.

As Seen On (Forbes)

Post Views: 718
Type to search or hit ESC to close
See all results